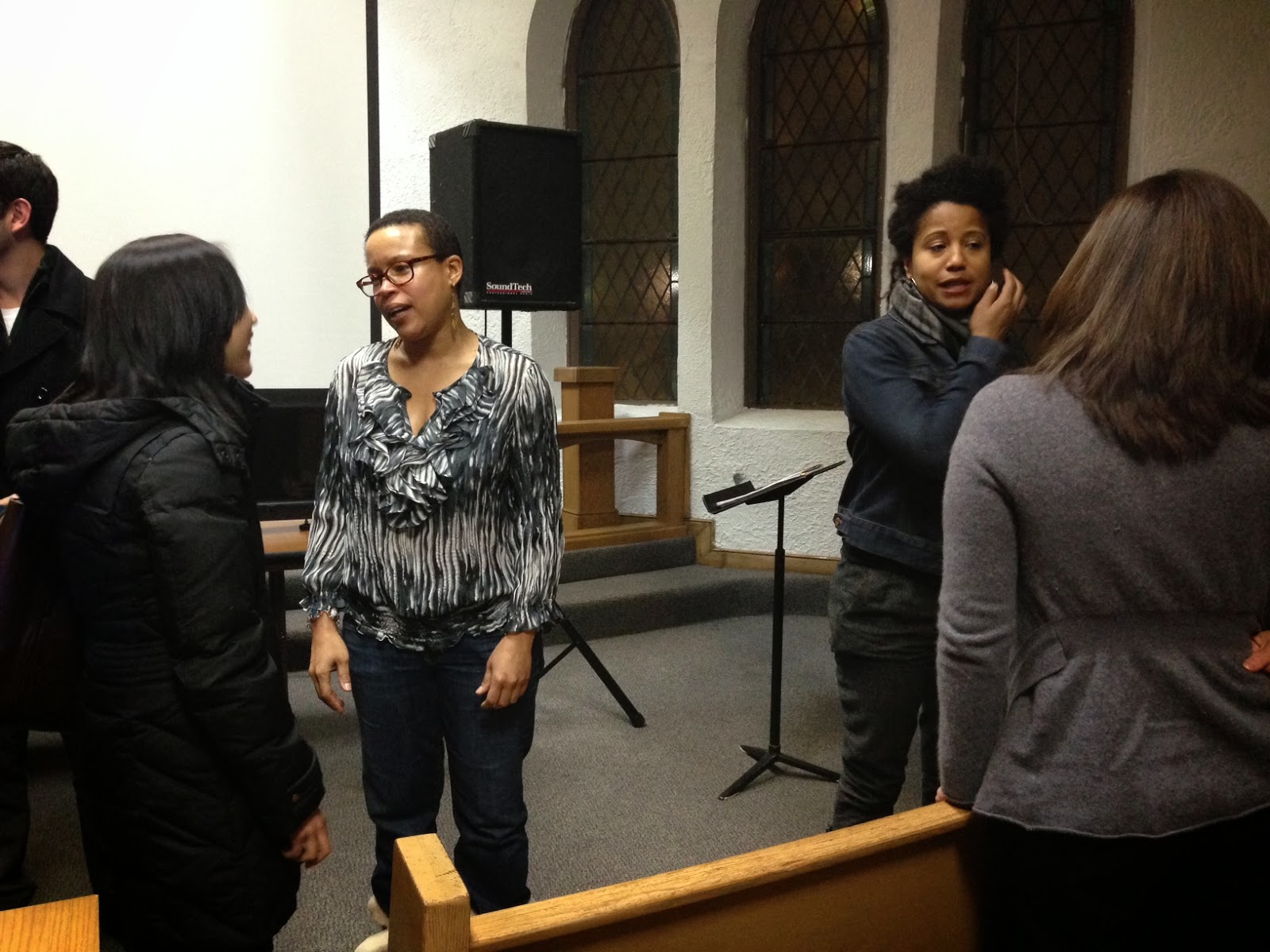 February 9, 2014 - On a recent cold Friday night in Boston, filmmaker Angela Counts screened her masters thesis film, FLOWER CHILD, to a packed audience. During an artist talk, Counts shared a very personal story of the journey that brought her from a career at Harvard to life as an arts graduate student at the School of the Museum of Fine Arts and Northeastern University.

Counts shared with the audience how her decision to go back to school was inspired by a reunion with her Muslim father, after a 17-year absence. Father and daughter crossed continents and the region of the Middle East to find themselves trying to bridge their estrangement by meeting in Italy in 2008. For Counts, it was her first trip to Europe.


Counts is a playwright by training, and for a time she lived in New York City after winning the Lorraine Hansberry award for her play, Hedy Understands Anxiety.

But she noted that on this momentous trip to Italy an artist friend encouraged her take along a camera. Father and daughter traversed the streets of Milan, the waterways of Lake Como, and the canals and twisting walkways of Venice, while Counts documented the experience through moving and still images (at the time she was a first-time, amateur photographer). 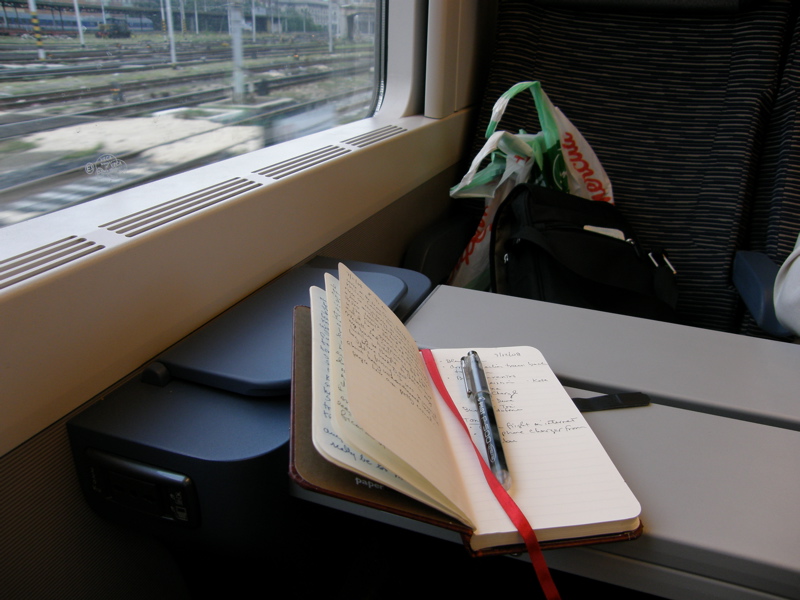 After arriving back in Boston, she began making experimental videos of the trip, in which she combined the video footage with recordings of her voice singing, chanting, and reciting her original poetry about the experience.

During her talk, Counts screened two videos from that time, COW SKULL and THE SOUL IS A HOUSE.  The grainy travelogue-like footage and the voice of the artist reciting her poetry, she explained, were early creative attempts at bringing together the fragments of their disrupted lives as father and daughter. 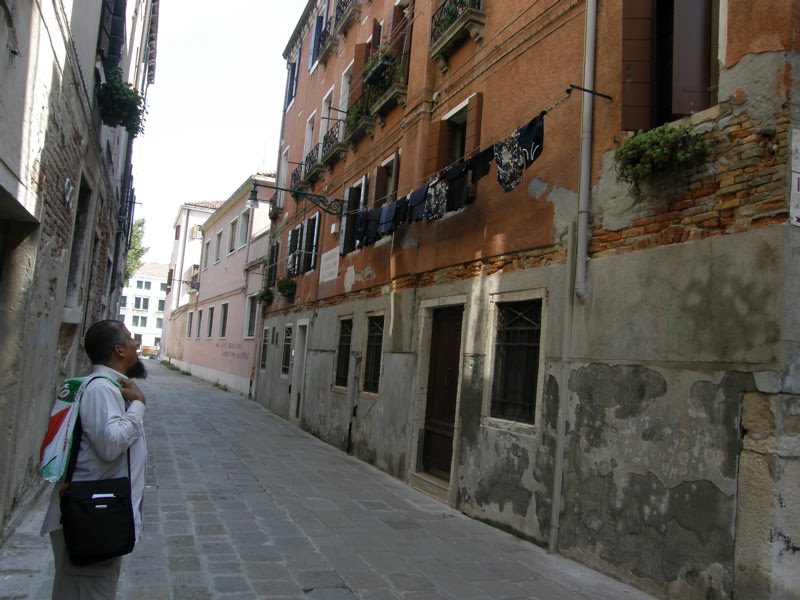 This evolved into what she described as an architecture of memory. 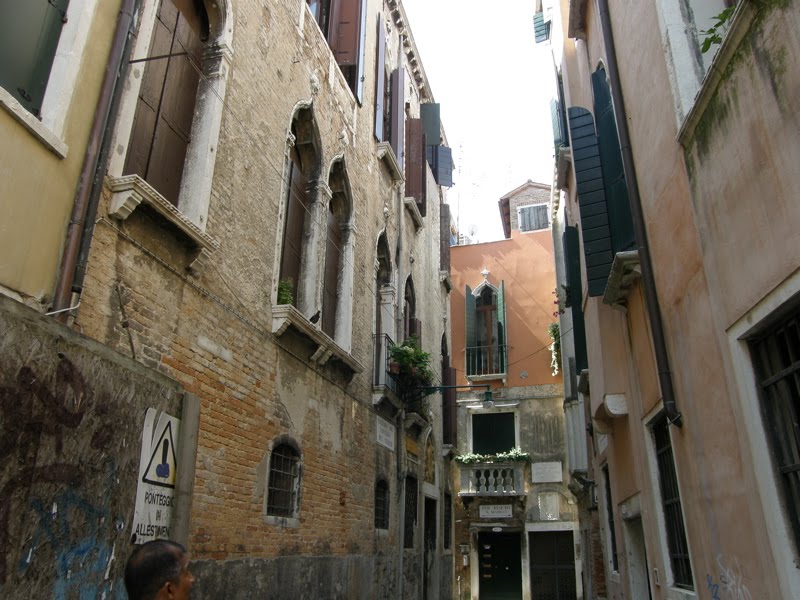 A Harvard Administrator Goes Back to School in the "Down Economy"

In 2010, Counts found herself in a post-bacc program at the School of the Museum of Fine Arts (SMFA), alongside 18- and 19-year olds. While her ideas about writing and the creative process were familiar to her, the worlds of art-making in a fine arts context  were not. She described how she took on the cross-disciplinary nature of her desired new media -- photography, film, video, sound, and performance,  with an eventual acquired humility. She entered the joint graduate M.F.A. program at Northeastern and SMFA in Fall 2011.

Counts said, however, that shortly after beginning her new graduate program, she improbably found herself revisiting her past as a playwright. She had earned a Van Lier Playwriting Fellowship from the famed Off-Broadway theater, New York Theatre Workship in the late 1990s, and was for a time a playwright on the move, but a few disappointments derailed her upward trajectory and she told the audience she stopped writing plays in 2005.

That spring at school, Angela viewed a A VHS tape of her younger playwrights days. In 2001, she was invited to the premiere of her play, Hedy Understands Anxiety at Jubilee Theatre in Fort Worth, TX. The old digital images of the expectant writer intrigued her. This viewing, and the rediscovery of the New York Theatre Workshop-commissioned play, FLOWER CHILD, would eventually lead to an examination of the artist's own life: The disrupted dreams of a young playwright -- greatly influenced by the legacy of the 1960s and the promise of the Young, Gifted, and Black generation -- who had not found her own "mountaintop". 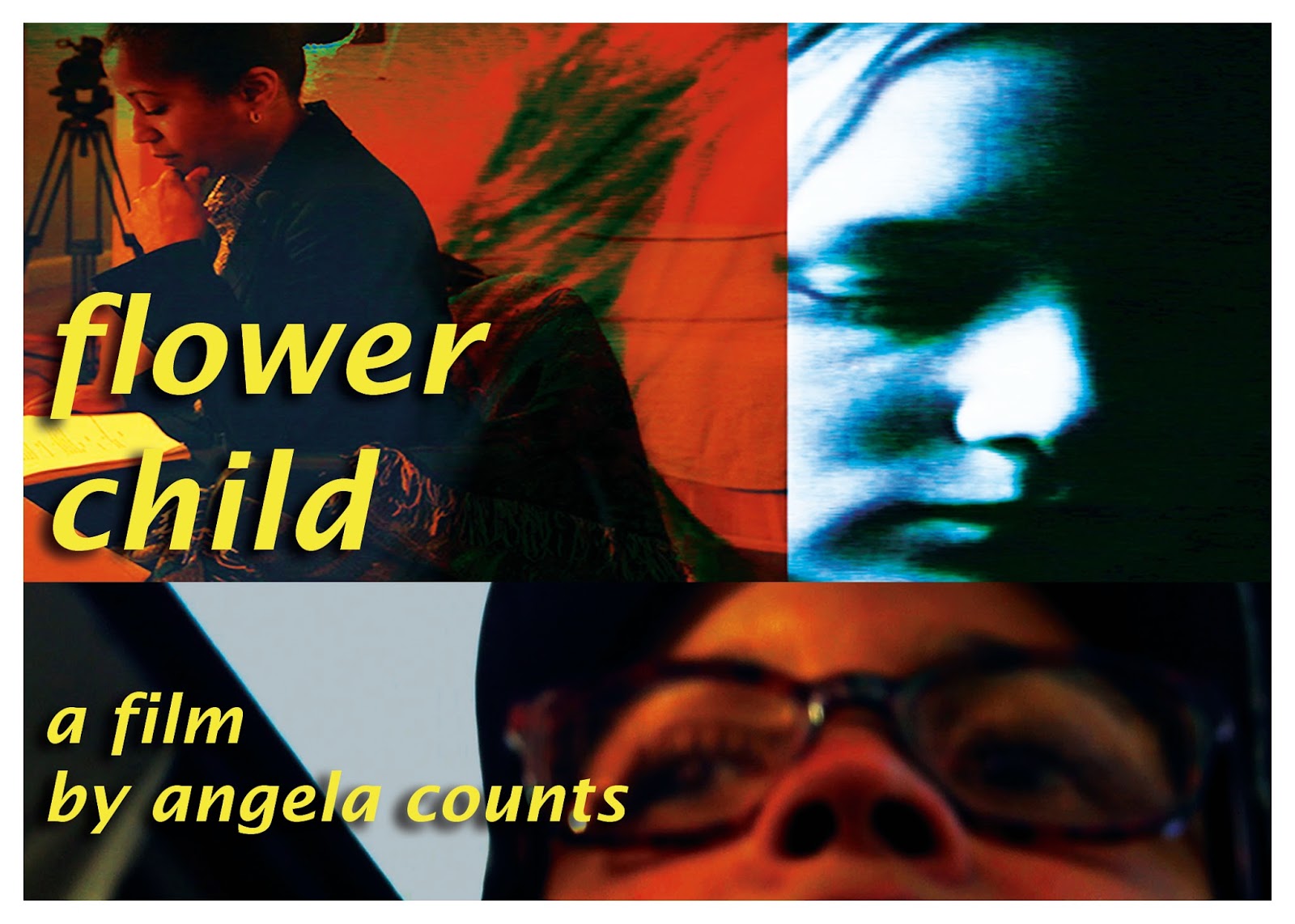 FLOWER CHILD, the autobiographical documentary, which Counts completed in December 2013 for her masters thesis, is a complicated, poetic montage of collisions, disruptions, and the desire to recreate a personal narrative that is political, illusive, familial, and the artist contends, necessarily fragmented.

The screening of FLOWER CHILD on February 7 at Union United Methodist Church (UUMC) capped  off a series of masters thesis screenings that began on December 5, 2013 at the Museum of Fine Arts, Boston and concluded on December 13 at Medicine Wheel Productions, South Boston. 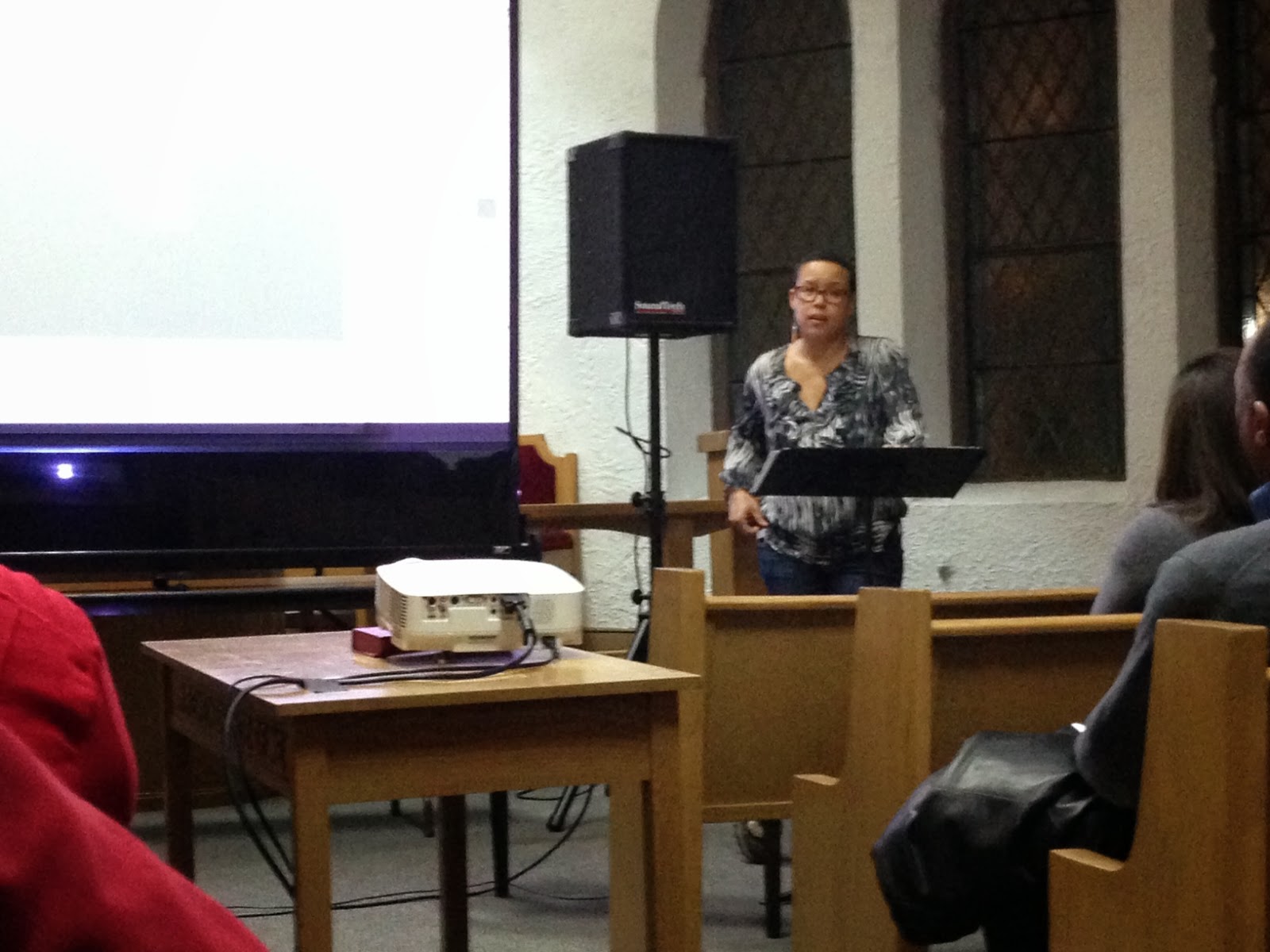 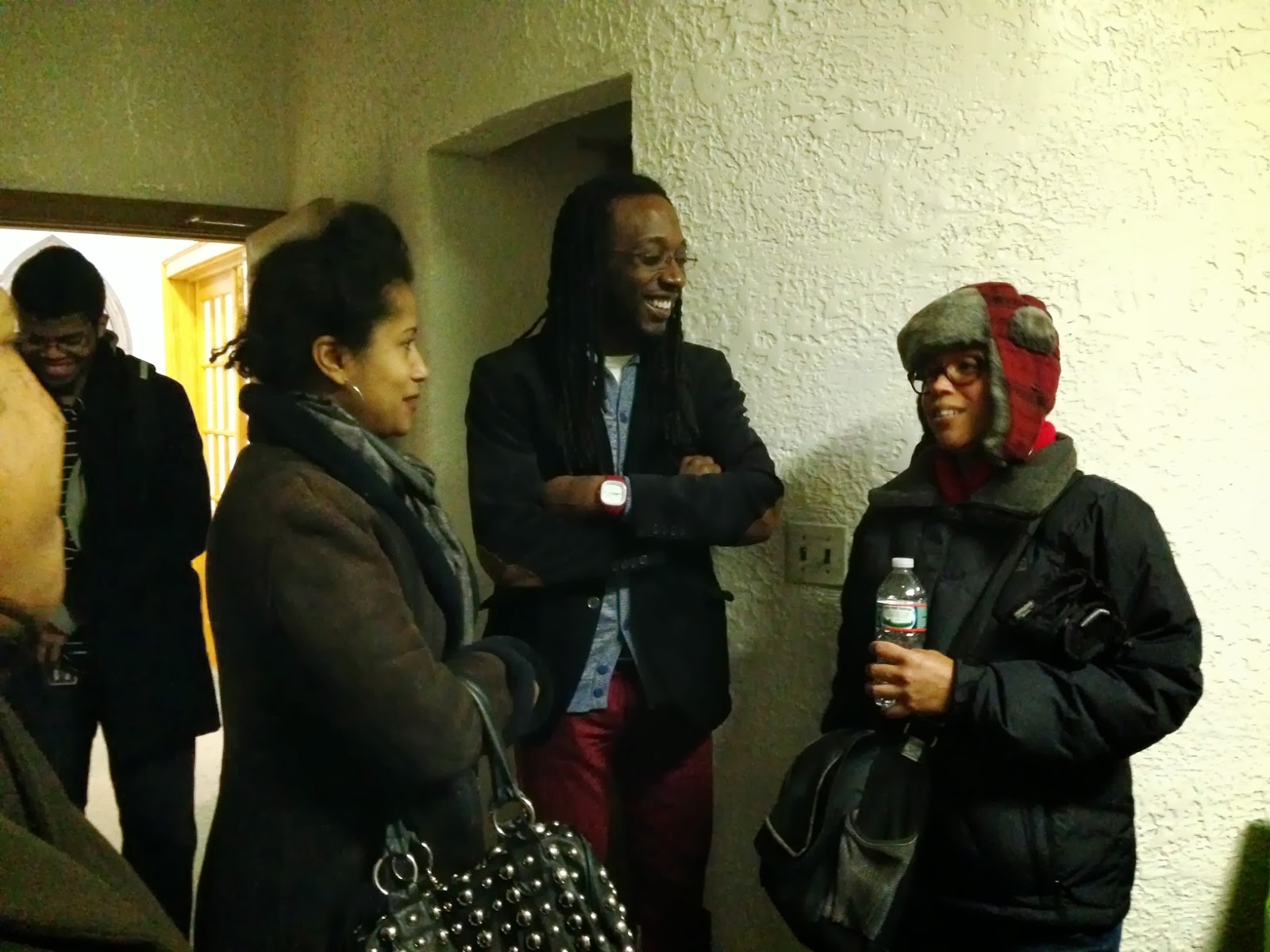 Counts appeared buoyant as she engaged in a lively Q & A with the UUMC audience. Her artist talk and the pressing questions inaugurated in her, she said, a sense that in her work, "I have been all along attempting the impossible task of recreating and re-encountering a sense of my place in history, in society, in family, in aloneness, and in continual evolution and process…

It is a journey that is best shared ultimately with others in a human we story that is fragile, yes…fragmented, yes, but essentially whole -- as Joni Mitchell writes in the song, Woodstock, we are all trying to get back to the Garden." And that Counts says is the hopeful part of her. The idealist. The flower child.

Counts’ new graduate thesis film, Flower Child, explores familial relations, the legacy of the 1960s and her travels as a playwright from Detroit, to Los Angeles, and New York City. In the autobiographical documentary, Angela draws from experiences growing up surrounded by deeply fragmented, yet fascinating souls. Her journey through her past takes her to places as diverse as the people she will ultimately encounter.

FLOWER CHILD is inspired by the play, which New York Theatre Workshop commissioned Angela to write in the late 1990s as a playwriting fellow with the theater.  She completed the film in December 2013, for the Masters of Fine Arts dual degree with Northeastern University/School of the Museum of Fine Arts.